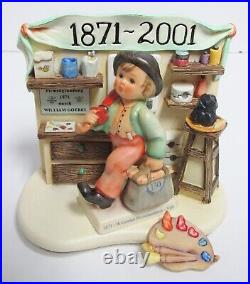 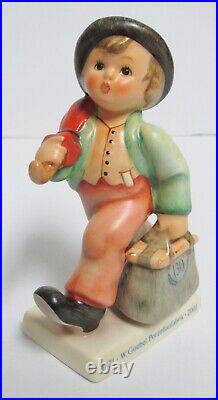 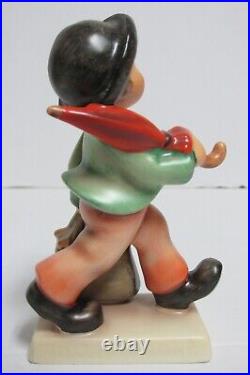 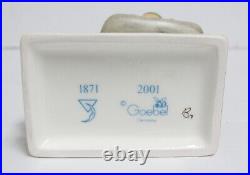 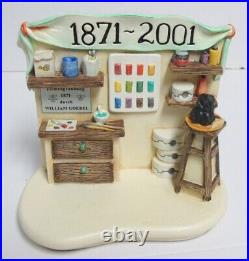 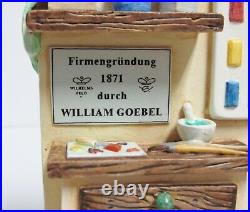 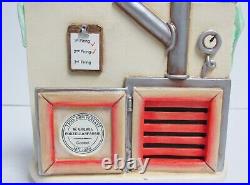 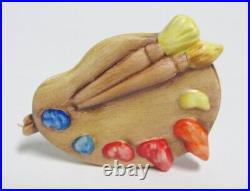 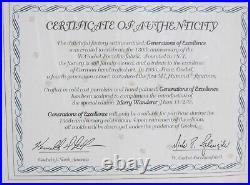 Hummel® 156088 “Generations of Excellence”. Collectors Set Includes 1 – 151721 “Merry Wanderer” Figurine 1 – 818196 “Generations of Excellence” Display (HummelScape) 1 – Wearable Paint Palette pin. CONDITION : NOS – New Old Stock. Dimensions Merry Wanderer: 4″ tall x 2-1/4″ wide x 1-1/2″ deep Base (Hummelscape) : 5-1/4″ tall x 5-1/2″ wide x 3-1/2″ deep Painter’s Pallet pin: 1-3/4″ wide Crafted in cold cast porcelain (Resin) and hand painted, “Generations of Excellence” was sculpted to complement the introduction of this special edition of “Merry Wanderer (Hum 11/2/0). This collection pays tribute the 130th Anniversary of the W. Goebel Porzellanfabrik, founded in 1871, and to the artistry of Sister Maria Innocentia (born Berta Hummel) also known as M. In 1935, Franz Goebel, a forth generation owner, introduced the first M. Hummel® figurines, using Berta Hummel’s drawings as the inspiration for the delightful porcelain figurines. When they first appeared on the German market, they were an instant hit with the public, which was then under the Nazi dictatorship of Adolf Hitler. Her naive, yet sentimental figurines reminded buyers of the peaceful world of innocence that they no longer enjoyed. Insisting on maintaining the highest standards, Berta Hummel required the artisans from the Goebel factory come to her, at the Convent of Siessen, to consult with her on the production details. Goebel factory continued to produce Hummel figurines after the end of World War II and Berta’s death, on November 6, 1946. Berta’s Hummel’s work gained worldwide popularity as soldiers and sailors of the Allied Occupation Forces in Germany bought the whimsical little figurines and sent them home. The Goebel Collectors Club was formed in 1977, to bring the thousands of Hummel collectors together, allowing them to share information and stories about their “Hummels”. In 1989, the name of the club was changed to the M. Hummel Club, and by 1994, there were over 250,000 registered members in the United States alone, and there were an estimated Four Million serious Hummel collectors, worldwide. We will invoice you for the total price. Gifts A’la Mode 4901 Black Angus Cove Austin, Texas, 78727 (BY APPOINTMENT ONLY). This item is in the category “Collectibles\Decorative Collectibles\Sculptures & Figurines”. The seller is “thelrm” and is located in this country: US. This item can be shipped worldwide.